As previously covered by Open Minds UFO News, The New York Times claims several former government officials are convinced crashed UFOs have been retrieved and studied by the US government. The article referenced two people associated with the To the Stars Academy (TTSA) and the Pentagon’s Advanced Aerospace Threat Identification Program (AATIP). However, missing from the conversation was Chris Mellon. Mellon is a former US Deputy Assistant Secretary of Defense for Intelligence and former Minority Staff Director of Senate Select Committee on Intelligence (SSCI). He is now an advisor for TTSA and a co-host of their television program on the History Channel, Unidentified.

The SSCI, currently led by Marco Rubio, has submitted a request that the Director of National Intelligence (DNI) centralize UAP (aka UFO) reporting and provide reports on what military and FBI intelligence agencies know. Mellon has been an integral part of getting the Senate to take action on this issue. He wrote an article for The Hill suggesting this sort of request, and TTSA posted sample verbiage on their website. The similarity in Mellon and TTSA’s recommended verbiage and what the SSCI used indicates SSCI followed their advice.

The New York Times article referencing the UFO crash claims covered the SSCI UAP report request. It also claimed, “Mr. Elizondo (former AATIP chief) is among a small group of former government officials and scientists with security clearances who, without presenting physical proof, say they are convinced that objects of undetermined origin have crashed on earth with materials retrieved for study.” 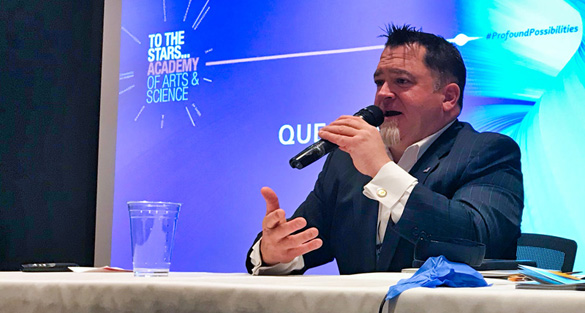 “Eric W. Davis, an astrophysicist who worked as a subcontractor and then a consultant for the Pentagon UFO. program since 2007, said that, in some cases, examination of the materials had so far failed to determine their source and led him to conclude, ‘We couldn’t make it ourselves,’” claims The New York Times. “Mr. Davis, who now works for Aerospace Corporation, a defense contractor, said he gave a classified briefing to a Defense Department agency as recently as March about retrievals from ‘off-world vehicles not made on this earth.’”

Before The New York Times posted their article, rumors circulated that they would be posting a story regarding UFO crashes. Curious of Mellon’s thoughts on the matter, I asked Mellon in a recent interview his views on whether the government has collected crashed UFOs or UFO material. His answer was simply, “It’s a possibility. We’ll have to see.”

The Pentagon will release new information surrounding UFO encounters.
“This is a topic that the oversight committees should take seriously and investigate,” ex-US Deputy Assistant Secretary of Defense for Intelligence Christopher Mellon tells @smerconish. https://t.co/Z14Uj5kPp6 pic.twitter.com/6zaz5PDOIE

In an interview with CNN on August 1, 2020, Mellon was asked by anchor Michael Smerconish: “I was quoting Eric Davis — I know you’re familiar with his work — when I read that ‘New York Times’ paragraph a moment ago. Do you believe that there are objects in our possession, broadly defined our possession, that are from something other than this earth?”

“What I will say about that is that I think that assertion should be taken seriously,” Mellon replied. “I’m aware — I know Eric very well. I understand his arguments. I was present in his briefings on the Hill, and he tried to provide some leads for them to follow to enable them potentially to confirm this. It is an issue that should be taken seriously.”

There are two crucial parts to this answer. The first is that while Mellon does not say he is also convinced of UFO crashes, he does assert that it is an issue to be taken seriously.

“In fact, curiously, President Trump himself on Father’s day indicated on air while being filmed that he did have classified information about Roswell, New Mexico, which as most people know is the legendary site of an alleged crash of a — of a UFO and when asked by his son about that, about declassifying it, he said I’ll have to think about it,” Mellon added. “I don’t know what there is about Roswell that could be classified or interesting other than that one particular issue.”

The second important point from Mellon’s answer is how he framed Davis’ information. Mellon said Davis provided “leads…potentially to confirm this.” Mellon does not seem as convinced as some of the others in TTSA. The weight of Davis’s information follows suit with what Davis shared on Open Minds UFO Radio as to why he believed UFO crashes had occurred. He essentially said he’d been told this in confidence by people with clearances who worked on these programs. Davis says colleagues convinced him rather than having first-hand knowledge. 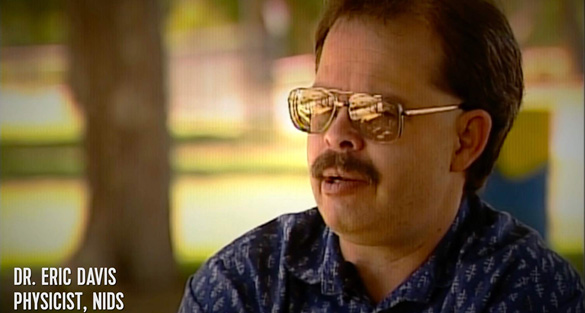 Eric Davis featured on the Hunt for the Skinwalker. Credit: extraordinarybeliefs.com/Jeremy Corbell

Given headlines that have appeared since The New York Times article, what many are missing is that there is a stark difference between the credible UFO cases AATIP/TTSA have provided the public and potential UFO crashes. The UFO cases are well documented, have multiple witnesses, and are often backed by radar data, or in some cases, video. When it comes to UFO crashes, we only have individuals who are “convinced.”

However, discussing UFO crashes could serve a purpose. When asked about UFO cases they will be featuring on the second season of Unidentified, Mellon told me, “They’re going to add to the picture that we provided in season one. And I think they’re going to add to the impetus and the need for Congress to be asking questions and also begin to underscore the kinds of things or provide more reason to believe that a report of that nature should be able to produce some very interesting findings.”

In other words, it lets the intelligence agencies know we know there’s more to this than they have been letting on. Mellon gave the example of a NORAD case that was escalated to the “four-star level.” That better show up in the DNI’s UAP reports, or else we’ll know they are not entirely forthcoming.

This latest New York Times article goes even further. Now some TTSA members are on the record saying they are convinced the government also has crashed UFOs or UFO pieces in their possession. They will no doubt be expecting this issue to be addressed by the DNI UAP reports as well.

The question is, what if the DNI says they looked into it and there’s nothing to it. Do Davis and Elizondo have the receipt to prove otherwise?

In an interview with Elizondo on Open Minds UFO Radio in June 2019, I asked Elizondo to clarify a statement he made on Fox News that he believed the government had UFO material. I said I interpreted his response that the UFO material answer was something he felt, but couldn’t prove. Elizondo replied, “I didn’t say that.” He would not talk on the topic any further.

If this is true, what will it take for Elizondo to show his cards? Or will TTSA’s claims go unproven, only to be added to the lofty pile of unproven UFO crash allegations?

To examine what is known about alleged UFO crashes, we have been featuring articles on the topic so you can judge yourself. More to come.

Alleged UFO Crashes in the U.S. other than Roswell: Aurora, Aztec, and Kecksburg